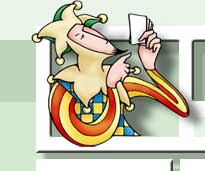 Notes to keep in mind during Use:

Some bug fixes or additions in this release include:

Due to plugin incompatibilities, the older releases are no longer available for download. This list is offered as information on the new features and bug fixes of each release.

The automatic updater in V1.07 was accidentally excluded from the install package, so you will have to download the setup program to upgrade.
Auto-update feature keeps your release current.
Updated help menu.
Bug that makes it appear some plugins are installed that are not.
Alternate servers list for connection testing
Other small miscellaneous things.

A new more efficient method of card recognition.
Multiple instance bug resolved.
I rewrote the way the plugins are displayed (the tree viewer) in the poker room selecting interface to work with the new plugins.
I have and will be adding plugins for many poker sites, you can download and install them through the options menu.
You can see a list of all the card-capture supported sites here, or you can click 'Find New' on the Poker Room selecting interface.
I also fixed a major bug disabling PRM to start up correctly on machines running Windows 98-2k.

New room selecting interface
Switched to a plugin based system, other poker sites can now be supported.
A new task bar docking feature, you can just leave Poker Roommate in the task bar if you want to.
A hibernation mode - If you switch to another application or close your poker table, Poker Roommate will use next to no resources, but still be looking for a new table to open.
Now works with the new PokerRoom tables.
The card capturing is now much more efficient.
New splash screen loading bar, and you can hide it by double clicking.

A blackjack game has been added; accessible via Options-Games-BlackJack. This way, you have more fun stuff to do between hands.
Some code clean-up, optimization.